You are here: Home / Review / Write Pythonic Code Like a Seasoned Developer; The Course Everyone New to Python Desperately Needs to Take

Do you want to cut the time it takes for you to become proficient in Python in half? That was a rhetorical question, of course you do. However becoming skillful in python and being able to writing pythonic code to the point where it is art takes experience, and a lot of it.

Nevertheless, there are tonnes of people who have already reached this level, so what if you could just learn from their experience? Well, now there is a course which allows you to do just that. It’s called Write Pythonic Code Like a Seasoned Developer.

Michael Kennedy, the creator and host of the Talk Python To Me podcast created this course to transmit the knowledge of seasoned Python developers to… less so seasoned ones. I was lucky enough to be able to try this course out, so here’s my take on it.

THE IDEA BEHIND IT

What this does course does achieve though, is cutting down the time it takes to be able to produce idiomatic, proper code; pythonic code. Which is important.

One thing I love about this course is that Michael has split it up into bite-size chunks for you to nibble on. This is especially important because learning to write pythonic code is not something that can be achieved by watching a 4 hour video in one sitting.

He splits his course down into sections, each section covering a major topic such as PEP8 styling, dictionaries and generators. These topics are like collections of videos, each video handling a specific element of the topic.

As they are broken up like this you can watch one video and then go and incorporate it into your programming. Every video is under 10 minutes, often falling below 5, so it’s very easy to get started. None of that ‘oh god this video is x hours long, I’ll watch it later’ mentality, which then often leads to never actually watching the video. It’s in small, manageable, not-at-all intimidating building blocks and due to this, you will have a friction-less experience.

One thing that caught me off guard was that sometimes the the line between topics was blurred. When watching the videos they automatically go onto the next one and even hop across topics. Because of this sometimes I didn’t know where I was in the course or how far I had progressed. I think checkpoint-like intervals between the topics would be nice, and maybe a progress bar too.

Another thing would be I didn’t like the fact that the videos open up in a new window, but that’s being really nit-picky.

OK, so the topics that this course covers are absolutely golden. Over 4 hours of gold. If you want to become a good Python programmer then everything in this course is a must-know. Write Pythonic Code Like a Seasoned Developer not only covers pythonic syntax and structure, it goes much further than that. Pythonic patterns, pip usage, python gotchas and virtual environments are all also covered.

There was something that I thought was really useful while going through these videos. At the end of each video Michael sums up what has been covered in some handy little graphics. These graphics show you the main points of the video and also provide example code. They really help solidify what you have learnt. 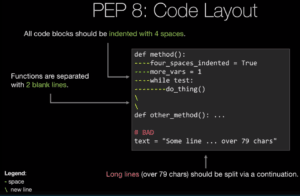 I think Michael really aims to help you become an effective programmer with this course. Not many courses do this so it really impressed me. Not only will this change how you code, but it will change your workflow and how you approach new projects too.

There really isn’t much to fault on the content of this course. I think it’s all solid information. That being said, I would have liked Michael to expand a bit more on certain topics. An example of this is the modules section. I think it would be useful if he went more into how to properly split your code base up into logical modules and packages. I know that a lot of people struggle with this, so I definitely think it would be a good addition.

Also I would have really liked a pdf or something of the sort with all the summary graphics on. You could use it as a reference to have beside you while you are getting used to these concepts.

THE MAN BEHIND IT ALL

One thing that I never see in reviews is comments on the person that created it. This is something that I would really like to see more of, especially with video and audio courses because it can really effect your experience. 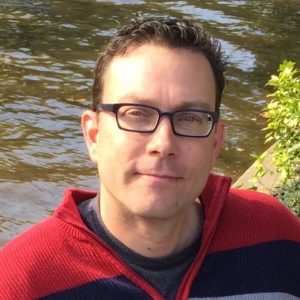 Michael Kennedy is an extremely agreeable person. In one of the videos he makes a mistake, but he doesn’t edit it out. This is quite unconventional, but a big help. People always say ‘learn from your mistakes’, but learning from other peoples mistakes is even better in my opinion. He ignores any effect it might have on him in order to help us learn.

Being a video course, you don’t want a host that is awkward or has a voice that grates on you (unlike a certain language podcast I have listened to). Well, there will be no problems with that in Write Pythonic Code Like a Seasoned Developer. I think this is probably partly down to Michael hosting the Talk Python To Me podcast. His voice and behaviour are natural and he doesn’t make it feel staged or awkward. I think this can make or break a video/audio course, so this is a really good point.

Are you new to programming and have chosen Python as your first language? Maybe you are a battle-hardened C veteran who has decided to come to Python. Either way I recommend you get this course. By going through Write Pythonic Code Like a Seasoned Developer you can accelerate your progress tenfold. It’s definitely worth the $39.

However if you are an experienced Python developer, you might not be able to get as much out of it; writing pythonic code probably comes naturally to you by now. You are the seasoned developer whose knowledge this course is passing on to others, well done.

You can find the course in question here: Write Pythonic Code Like a Seasoned Developer

I write Shakespeare-grade code, nowadays mostly in Python and JavaScript and productivity runs in my veins.